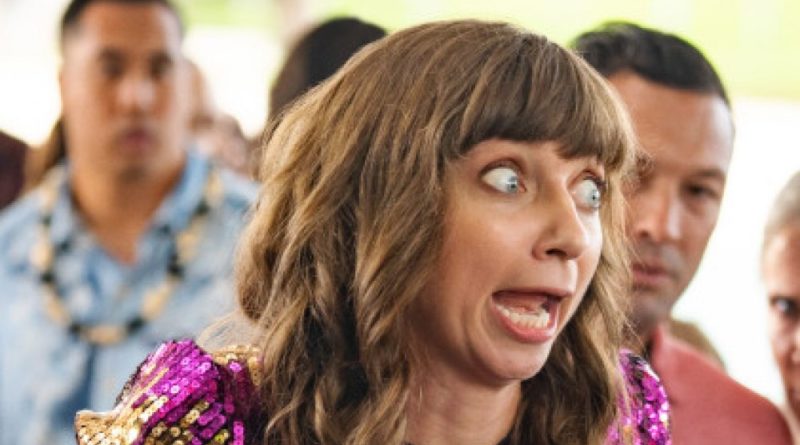 I saw The Wrong Missy movie on Netflix. This is essentially a classic David Spade/Chris Farley comedy, except now it’s a romantic comedy instead of a bromance, with Lauren Lapkus in the Farley role. A Cryptkeeper-aged Spade plays a generic Portland office bro who goes on a bad date with Lapkus, a crazy person. Then he meets a smart beauty queen at an airport and makes out with her. Here’s the twist: these two gals have the same name.

There are many problems with this movie, churned out of Adam Sandler’s Netflix Happy Madison factory. Lapkus’s character is a Manic Pixie Dream Girl, but also a Portlandia psycho. Spade treats her like trash from the beginning, even though she is more attractive and interesting than the average person. Yet she still falls in love with him obsessively, even though by all indications she is incredibly self-reliant and self-confident and he is a wilted man-weenus. Every woman in the movie is a hot smart chick with a Peleton body, while every man in the movie is ugly and stupid. Men wrote this.

The supporting characters are basically a mai tai made with canned juice. Nick Swardson, as Spade’s best friend, is singularly, unpleasantly repulsive to watch. Rob Schneider has a few scenes playing an older version of the character he played in 50 First Dates. He gets in a few laugh bits as the only working-class character in this sexist movie about generic rich white people.

On the other hand, Lapkus is so relentlessly hilarious in The Wrong Missy that it almost redeems the whole enterprise, and Spade plays a good straight man as she whirls around him in madness. She has a number of epic set pieces, including one where she gets drunk and falls off a cliff, another where she vomits into a shark cage, and a couple of moments where she role-plays a character called “Hellstar” that I don’t think anyone else alive would dare to try on screen.

A scene where Lapkus falls into a bog had me laughing so hard that I had to pause the movie. There’s also a hilarious shadow-puppet sequence that doesn’t really involve her. It’s full of pratfalls and includes a money shot of someone farting out a lemon. The script gradually decides that Lapkus’ character is intelligent and capable in addition to being insane. And the movie’s final shot is also a surprisingly wry kicker to what came before.

I don’t know if anyone had “Lauren Lapkus will become a major comedy star” on your COVID-19 BINGO card, but if you did, you just scored a big point. The Wrong Missy is a stupid, misogynistic piece of retro garbage. But it meets the low expectations it has of itself. And Lapkus is funny as Hellstar.

This concludes my review of The Wrong Missy movie. 5 thoughts on “‘The Wrong Missy’ but the Right Lapkus”