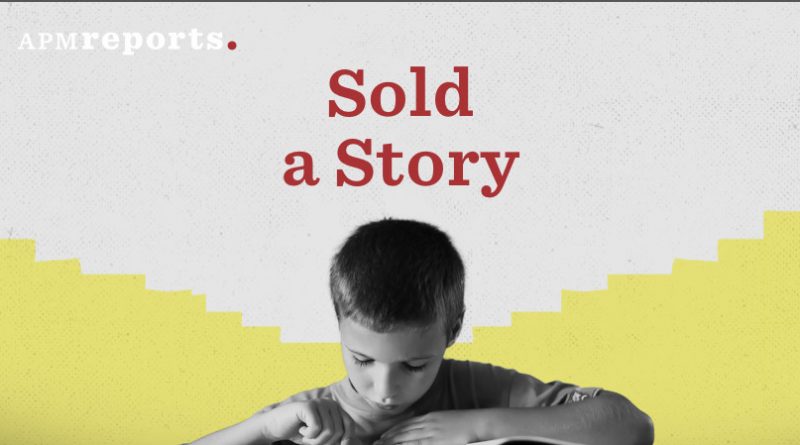 Reporter and producer Emily Hanford opens the first segment of American Public Media’s Sold A Story podcast with an alarming premise. “Kids are not being taught how to read because for decades, teachers have been sold an idea about reading and how children learn to do it. And that idea is wrong.”

Instructional leaders and educational publishers ignored or sidestepped evidence that showed their approach didn’t work, Hanford added in the six-episode podcast. And, importantly, they made a lot of money doing it, she said.

The response was swift.

Many educators elevated the podcast as a long-overdue exposure of decades’ worth of failed strategies. Sold A Story argues that educators sidelined crucial skills like phonics in favor of methods that focused on students using “cues,” or clues in the text, to figure out words.

“Little did I know that one of the most trusted reading resources I embraced in those days was based on a flawed, privileged premise of how children best learn to read,” opined former kindergarten teacher Madaline Edison in an EdPost column titled “White Women Teachers Like Me Were ‘Sold a Story’ About Reading That Matched Our Privileged Worldview.”

Others pushed back. More than 50 academics and authors (including a key figure featured in the podcast) signed an open letter criticizing it.

“The ‘Sold a Story’ podcast takes the fabricated phonics debate a step further, attacking the integrity of a group of educators who have led pioneering research and helped advance our field,” the letter charged. Signers included a few boldface names like Newbery medalist Christopher Paul Curtis and former Young People’s Poet Laureate Naomi Shihab Nye along with multiple academics.

Educator Callie Patton Lowenstein then collected nearly 500 signatures on a rebuttal to the open letter: “A response letter has been written. By teachers. For the Ss we wish we’d taught better — & for those we can now help more effectively thanks to what we’ve learned,” she tweeted Nov. 20.

The debate simmers against a backdrop of data that show too many students still struggle with learning to read.

Hanford and fellow reporter/producer Christopher Peak spent years interviewing more than 125 people and requesting records from more than 200 school districts. They showcase reading strategies championed by the Bush administration in the early 2000s and instructional luminaries like Irene Fountas and Gay Su Pinnell, who created the trademarked Fountas & Pinnell Literacy program used by more than 40 percent of the United States’ K-2 teachers. Also in the spotlight: legendary educator Lucy Calkins, hailed by some as the Beyoncé of literacy instruction.

The podcast argues that Calkins, Fountas and Pinnell didn’t back the strategies they forwarded with sound research. Calkins herself noted in 2021 that she and education megapublisher Heinemann were revising her foundational curriculum to better reflect the latest science. “You know, I find that you learn and you relearn and you relearn and you relearn,” she told Hanford in an interview. (That said, Calkins signed the open letter criticizing Sold A Story.)

The podcast also takes aim at Heinemann, which made millions selling materials that downplayed phonics in favor of cueing and other strategies.

It’s noteworthy that Sold A Story is far from the only critic of Heinemann. Sonja Cherry-Paul and Tricia Ebarvia, who once led the Institute for Racial Equity in Literacy for Heinemann, were among the numerous writers and educators who cut ties with the publisher this past summer. The move came after news that Heinemann was scrapping planned revisions to its curriculum, citing concerns that new lessons might not pass muster in states like Florida and Texas with new laws restricting how students learn about race and gender.

Hanford initially pushed back on the pushback in a Twitter thread that she later retweeted, noting that “Criticism is good. I learn from it.” As the debate continues to swirl, one phrase from Sold A Story’s final episode leaps out.