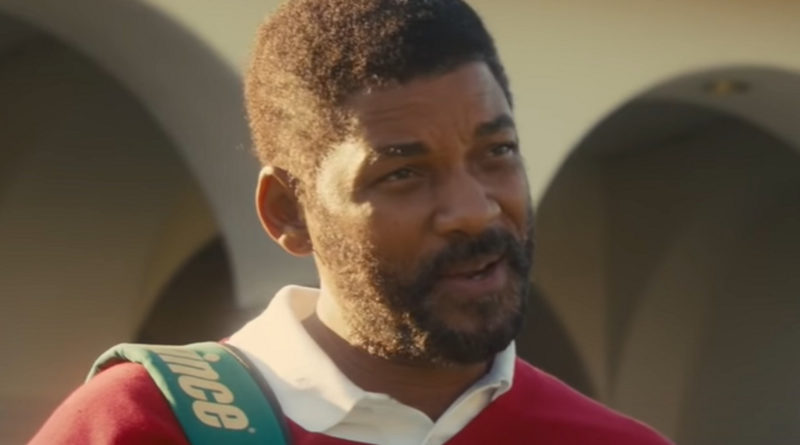 ‘King Richard,’ a hagiography of Venus and Serena Williams’s dad

I was watching ‘King Richard’ on HBO Max. My wife came into the room and said “not another episode of this show. Can we please watch something else?”

“It feels like it’s been on forever,” she said.

And it’s true, ‘King Richard,’ a sports biopic about Venus and Serena Williams, starring Will Smith as their eccentric father, runs two hours and 24 minutes. That’s exactly the same length as ‘The Natural,’ a sports movie where a lot of stuff happens. In ‘King Richard,’ the same basic thing happens over and over again. Someone tries to exploit the talents of Venus and Serena Williams, and their father Richard refuses, for mostly good reasons that are mostly his own. Many of the scenes feel overly similar, in both structure and content. It’s a story that ESPN’s 30 for 30 could have done much more economically, and with a lot more excitement.

For a long movie about tennis, ‘King Richard’ really doesn’t feature a lot of tennis. There’s basically no tennis for 30 minutes, and then there’s some tennis, and then there’s not much tennis until the last half-hour, which is basically all tennis. It’s a lot of lecturing, interspersed with some scenes of actors hitting balls.

The Williams sisters have an extraordinary origin story, the telling of which  which is the movie’s purpose. ‘King Richard’ certainly gets that across. Raised in a large family of Jehovah’s Witnesses in the middle of Compton, the Williams sisters rose to the top of the sports world thanks to, as the movie preaches, their parents’ indomitable will and unshakable morality. Family and education come first. Success and fame run distantly behind.

Those of us who raise children in far less dire circumstances will marvel at the spectacle of five good girls who respect their elders, do their homework, and overcome tremendous odds to achieve unimaginable success.

But the excessive hagiography of Richard Williams in ‘King Richard’ a little suspect. It’s almost as though Richard wrote this screenplay himself. If you were to have the opportunity to create your own mostly uncritical family biopic, it’s the kind of movie you would make, with few gray areas. He’s the hero of his own story.

This is very much a Will Smith movie. He brings his usual star wattage, and has now entered his cinematic patriarch stage. He gives a fully committed, excellent performance as King Richard, capturing the real man’s personality and physicality, working-class diction, and Louisiana accent. The girls who play Venus and Serena Williams are also quite charming and cute and believable, and make ‘King Richard’ a decent watch among all the speechifying. The rest of the characters are mostly white guys in bad wigs, playing tennis coaches.

‘King Richard’ never gets to Wimbledon. It only shows one professional tennis tournament. Venus and Serena are 14 and 13 respectively when the screen goes dark. This production has charm and wit and some nice things to say about the importance of family and commitment to excellence. But it’s not cinematically interesting. There’s not a single shot or edit or choice that goes beyond the expected or ordinary. The drama is often flat and uninspired, and it’s a weird choice to take the story of possibly the two greatest American athletes ever, and make it about their father, even if you do have Will Smith playing him. If you want to learn about the full scope of the Williams sisters’ career and challenges, ESPN has done plenty of coverage, and it’s not nearly as long.