In The First To Know, Dana takes a DNA test and discovers she has a surprise half-brother, which quickly threatens to implode her parents’ marriage. If I Fix You features a teenage girl walking in on her mother and her best friend in a compromising position.

In Johnson’s newest, Every Other Weekend, adults are the biggest problem. Marriages are crumbling. Parents leave their teenage children to fend for themselves emotionally.

Fortunately, two of those teens find each other. 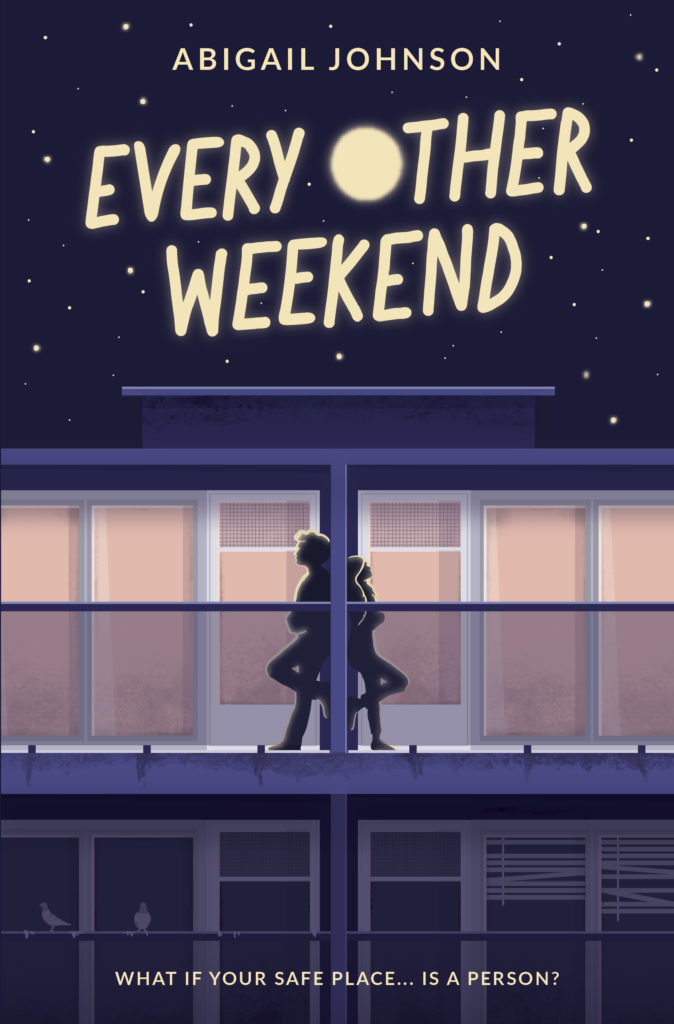 Adam’s family has been teetering since his older brother Greg died two years ago. His father grieved and healed, but his mother is still mired in sadness, keeping Greg’s room intact, even changing his sheets weekly and wrapping up presents for him at Christmastime.

Jolene’s father is AWOL, leaving her with his new girlfriend, the family’s former fitness trainer, Shelly. Jolene’s mother works out and drinks, both to excess, and wields guilt as a weapon.

Adam and Jolene’s fathers each have places in the same Philadelphia apartment building, and they meet when Adam and his surviving brother come to visit their father for the first time in his separated-dad pad.

She’s further on down this road, with her parents already divorced and her absentee dad shacking up with Shelly.

“Just wait until you get yours,” Jolene tells Adam.

“Your Shelly. Or does your dad already have a girlfriend?”

“What? No. He doesn’t have a girlfriend. My parents are just separated. They aren’t even talking about divorce.”

Jolene’s not so sure, but no matter. The two strike up a friendship of convenience that quickly deepens. But while there are romantic elements, the value of Every Other Weekend is its showcase of two young people finding ways to cope with considerable challenges. It’s to Johnson’s credit that this carefully-crafted novel, which delves into themes of abuse, neglect and sorrow, never reads like an issues tutorial. Instead, we get to know Adam and Jolene chapter by chapter, with slow and steady character-building that grows as their relationship strengthens.

An aspiring film student, Jolene is quick with a quip. But her banter is part of the shell she’s created to deal with her hot mess of a mother, who wakes Jolene up at 2 a.m. and queries her about where her father might be hiding money: “These middle of the night chats tended to happen only after a little help from Captain Morgan, and they never went well.”

Adam resents his father for leaving their mother, and his surviving brother for continuing to be nice to their father: “He sided with the coward.”

Johnson tells her story episodically, with Adam and Jolene’s adventures on their weekends together interspersed with their text strings when they’re apart. This structure amplifies the difficulties of their separations, and it also slowly pulls back the curtain on the loneliness that underpins their lives.

Ultimately, Adam and Jolene help each other determine what’s most important to them as they begin to set a course for their adult lives. That also makes Every Other Weekend a portrayal of the best sort of relationship, a welcome antidote to all the dysfunction surrounding them.

“It was a love story,” Jolene thinks. “Not romantic exactly, but the kind of love that maybe lasts beyond passion and heartache. It was a story of friendship, with all its possibilities laid out in front of it.”

Tags: Abigail Johnson, Every Other Weekend