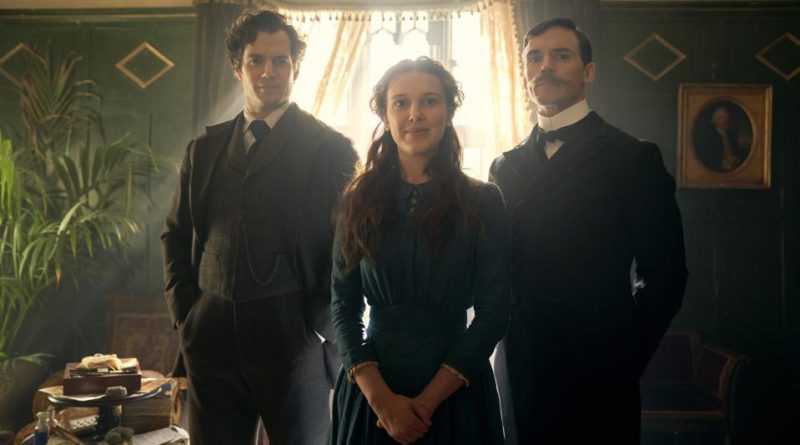 ‘Enola Holmes’ is a welcome addition to the Sherlock multiverse

Sherlock Holmes has never been more popular. Now his sister and his mother join him and brother Mycroft in the new Netflix feature film Enola Holmes. The title character is the star, as she should be. The film gives celebrated brothers more than cameos. While they’re not quite comic relief, they shuffle off the screen in the opening sequence, a Monty Python-inspired cartoon.

As the Holmesian multi-verse verges on overcrowding, Enola has ample company. Although the world’s first consulting detective has been larger than life since Sir Arthur Conan Doyle penned fifty-six short stories and four novels, the world has given him a revival more remarkable than his resurrection after his creator killed him off at Reichenbach Falls.

Benedict Cumberbatch and Jonny Lee Miller competed as the addict on the autism spectrum, in modern dress from opposite shores of “the Pond, while Robert Downey, Jr., portrayed the sleuth on the big screen in steampunked London. A generation ago, the titular Young Sherlock Holmes met roommate Watson at boarding school, and then, in a meta-feat of “stunt casting,” the actor who played him, Nicholas Rowe, appeared in a movie-within-a-movie watched by a disapproving “real” Mr. Holmes, Ian McKellan, retired to beekeeping on the Sussex Downs.

The ACD estate commissioned Anthony Horowitz for authorized additions to the canon. Meanwhile, Kareem Abdul Jabbar—yes, the basketball legend—is authoring novels and graphic novels about Mycroft, who represents the British government behind the scenes from the Diogenes Club for men who are otherwise “unclubbable.”

Yet Enola (perfectly cast as Millie Bobby Brown from Stranger Things) continues a welcome trend toward gender equity. In the original Holmes oeuvre, the only female characters of any consequence are the landlady Mrs. Hudson, long-suffering; Mary Morstan, subsequently Mrs. Watson; and “the woman,” Irene Adler, acknowledged as an equal. Now there is a female, Japanese Holmes (accompanied by a female, Japanese Watson); a female Asian American Watson (Lucy Liu opposite Miller); and Mary Russell of the Laurie King novels. In the recent BBC series, the Holmes boys also had a precocious sister, Eurus, albeit one more in touch with the malevolence of genius.

Teen Enola has to figure out what has become of matriarch Eudoria (Helena Bonham Carter). After she’s homeschooled Enola to be a Victorian era superhero despite awkwardness as a bicyclist, mum has disappeared on Enola’s 16the birthday with only a single clue. Enola might be called a tomboy, except that the term suggests women should be measured by the standard of men. “Independent” would be appropriate, without the double standard. Besides, Enola breaks the fourth wall all along. By addressing the audience directly, she eliminates the dependence on a sidekick as the viewers’ surrogate. She’s admirably self-sufficient. Her name, it is pointed out, is an anagram for “alone.”

The changes in tone are consistent, even with the context of period detail. It’s Enola, for example, who rescues a hapless male who is fascinated with flowers, not vice-versa. The actual British Parliamentary Reform Act of 1884, which rendered elections more democratic, provides coincidentally compelling background. Self-governance is on people’s minds.

It’s too easy to criticize the style of ‘Enola Holmes’, and you can excuse the film’s dependence on action and special effects. The target demographic for this program has become accustomed to videos of only seconds. Anything requiring sustained attention already seems like a cruel exercise.

But the concern of those dedicated to the mythology of Holmes (played here by Superman and the Witcher himself, Henry Cavill) is likely that he, and Mycroft even more so, are reactionary chauvinists. They would like the young lady sent off to finishing school, well, to learn to be a young lady. If you were to do the math, the casting choices are, unusually and commendably, not absurd in terms of age. Enola, however, likely was a surprise to her parents. The boys have long since left home. The father passed away in some distant past, since he serves no purpose in the plot.

In an anxious era, Enola Holmes provides comfort. He is not only familiar but also capable of discerning and therefore imposing order on chaos. You need not play the “Great Game” of pretending Holmes and Watson are historical figures, and “ACD” merely a literary agent, to enjoy entries onto the list of mysteries solved by eliminating the impossible. The best compliment of this sibling is that she bears a clear family resemblance to her older relations. This offering, based on the premiere of a sequence of YA novels, is set up for sequels. That’s worth anticipating.

One thought on “The Adventures of Sherlock Holmes’ Smarter Sister”