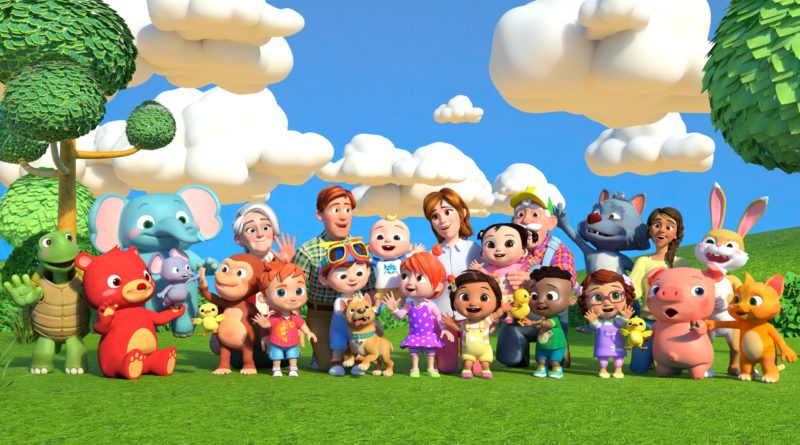 Parents are Hate-Watching These Weird Childrens’ Shows Too

As a parent of young-ish kids, I always keep one eye on what they’re watching on YouTube. With its notorious algorithm, it seems like just a few clicks could lead them to videos of violence, porn, extremism, or worse. Well recently, I discovered what that “worse” could actually be. And here’s the scary part: It’s family-friendly “educational” videos aimed at kids. Now of course there’s a long tradition of parents hating kids’ videos: I still get PTSD from my kids’ early days of Dora the Explorer or Barney. But at least those had the benefit of being merely annoying – these three, highly successful YouTube channels cross over into the realm of mysterious and creepy.

I’ll start with the first, Cocomelon, which claims to have 33 billion views and 53 million subscribers since launching in 2006, and makes one wonder why its current website contains zero details about the people behind this apparent behemoth. Usually anything with even the whiff of appeal to children is stickered with smiling photos of earnest ‘educators’ and ‘passionate moms’ and manifestos about their ‘educational philosophy.’

Putting that strange anonymity aside, Cocomelon videos are animated, in that shiny 3-D, CGI style found in far too many kids’ shows today. They are usually little vignettes about parent-kid-sibling struggles and celebrations: brushing your teeth, sharing, having a birthday party, etc. Some are slight reworkings of famous nursery rhymes or childrens’ songs like “Wheels on the Bus.” They all feature a peachy, smiling, nuclear white family: Dad, Mom (notably the one doing 99% of the childcare even in this idealistic world), an elementary-school-aged boy and girl, and a baby (“JJ”) who is the focus of the many of the songs. There are also occasional cuddly animals somewhere between pets and sentient stuffed animals, who take part in the festivities.

Cocomelon videos are well-made, musically pleasing, and full of good values and prosocial behavior. The thing is, there’s just something off about them – like they were made by an AI. Take for instance, this one – where Mom is trying to get JJ to eat his vegetables. It’s a classic parenting challenge, and a rhyming song is a time-worn solution. But here’s the weird part: The baby immediately and cheerfully agrees to eat every vegetable proffered. In another video, Mom (quelle surprise!) is alone with JJ at the playground, trying to get him to put on shoes, sunscreen, climb the monkey bars, etc – each of which he eagerly does. Both of these not only exist in the realm of science fiction, they raise the question: Why did we even need this “lesson?”

In another video, Mom tells the kids “It’s time for rainbow popsicles,” and then sends them on a Herculean series of labors to obtain fruits of every rainbow color, so she can blend them and freeze them in rainbow stripes in the popsicle mold. It sounds simple enough, yet with all six color iterations repeating the entire process, it seems endless. Not only that, every one of the six times that Mom opens the freezer, the kids burst into applause and laughter. In just five minutes, a clever and healthy DIY idea for kid-snacking has taken on the air of a tedious, forced-smile Soviet propaganda video.

In the inevitable, YouTube-thumbnail way of things, my kids next landed on a superficially similar channel called Billion Surprise Toys. I’m not the first person to discover them: Last fall everyone from The Verge to New York magazine were reporting on their 1.9-billion-hit viral video “Johny Johny Yes Papa,” which spawned so many parodies and memes that BST started ordering people to take it down (ironic since the song itself is based on a folk rhyme created by others), and eventually capitulating and taking their own version down.

And that’s just where the weirdness begins.

Like Cocomelon, this allegedly-25-million-subscriber channel’s “About” page is shockingly vague on personnel and just rambles on in platitudes about the value of music and rhymes for teaching children. Its YouTube channels features separate language channels for six different tongues, but what’s odd is: French and Chinese do not make the list, yet Portugese, Talugu, and Tamil do. Still, strangest of all is the content. BST follows the same model as Cocomelon: little stories of children and parents doing happy things together, to music. But immediately, the execution gets wonky: Note, for instance, the size-differential between Baby Johny’s head and his mother’s:

Even as a man, my first visceral reaction is to imagine childbirth and immediately double up in pain. Then there’s Johny’s older sibling, Chiya, who is purportedly a 2nd-grade girl, but is always bald or buzzcut and has no feminine characteristics or dress.

There’s a talking refrigerator with an honesty problem (another “Johny Johny” knockoff); a giant talking ice-cream cone in inexplicable sweatpants, cannibalistically urging kids to eat his kin; a gorilla wearing denim capris and a T-shirt reading “Franko” and “$” who just randomly shows up; and finally, the mother character also plays numerous other female adults: pediatrician, teacher, dentist. But identical – and not as the mother! My 10-year-old-daughter grumped, “Couldn’t they have at least changed her hair color?”

And that’s just the cast. The true fatal flaw of Billion Surprise Toys videos is that, for all the hugely labor-intensive work of creating original animations, the producers seem unable to find even one native English speaker to proofread their copy. It’s one thing to be an international product suffering from a few translation oopsies – It’s another to call yourself “educational” and produce videos introducing new words like “strengthy,” routinely messing up subject-verb agreement, and referring to toes as “foot-fingers.” And for all their educational-philosophizing, the rhymes don’t even… rhyme. In one, they literally rhyme “soft” with “color” (pronounced with the stress on the “or”- SO WEIRD!)

Finally, there’s a relative newcomer on the block: Toys and Colors. Unlike the other two, this one is live-action. Specifically, it appears to be an endless family of Asian-American kids, and their “uncles” and “aunties” who engage in pretend-play, teach lessons, and spend a lot of time around giant, gaudy plastic prop toys. At a healthy 14 million subscribers, and putting out new videos all the time, you might think Toys and Colors would have more information about their entire operation than literally just the words “We bring toys and colors to kids with fun and educational videos” in its YouTube About line.

Toys and Colors videos do have a certain earnestness and plucky charm, though one gets a headache pretty quickly from all the cast members’ “yelling at someone two feet away” school of acting; giant, wide hand gestures for every question asked; and bobbling thumbs-up and finger-points for anything positive. Adding to the headache quality is the repetitiveness. In yet another “Johny Johny” spin, Wendy learns the lesson of washing her hands before eating – 5 times! There are numerous variations on this in other videos with other kids and other hand-soiling-agents. The ditty and storyline are identical in each.

More troubling are the actual “lessons” being taught. Each time the kids run into a challenge, or something breaks or doesn’t work like it should, the “uncles/aunties” first reaction is, “I’ll go buy you another.” Then follows a set piece at one of the “stores” selling multiples of exactly that item, in some other weirdly otherwise-unfurnished room of the house-compound they all seem to live in. This one is like a warped version of the American dream of prosperity and plenty, but, um, with inflatable pool toys.

Can I at least acknowledge these creators’ good intentions? Sure – but it might be easier if the creators weren’t so weirdly shady (besides the scant information, all three of these channels have gone through at least one name change!). And are these as harmful as other stuff kids could be watching? Certainly not. And I will say this: Hate-watching these videos has become a shared family activity. We are constantly discussing, analyzing, and keeping each other laughing over weird details and questions that keep popping up.

Now if that’s not prosocial family behavior, I don’t know what is.

6 thoughts on “YouTube Kids’ Videos: A Gallery Of Creepy”