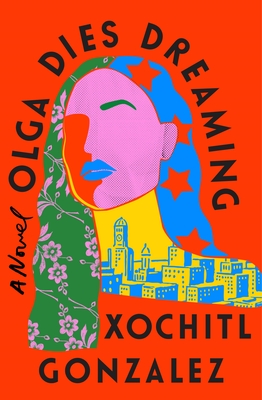 There are lots of ambitious, genre-defying novels on the docket

It’s a new year, the days are getting longer, and there’s new books ahead—assuming, of course, that the publishing industry doesn’t implode any time soon. And in spite of that chaotic feeling, or probably because of it, these novels are striking—reflections of what we’ve all been living through in recent years.

This year will see a plague novel from Emily St. John Mandel, a thrilling and fractured take on technology from Jennifer Egan, and Mohsin Hamid’s forthcoming work about a white man who wakes up brown. And, for some fucking reason, new Chuck Klosterman.

The books collected here are no exceptions to this trend; most defy strict categorization. Olga Dies Dreaming’s 384 pages somehow try to encompass all of Puerto Rico’s recent history and, perhaps, rewrite its history, while Akwaeke Emezi subverts everything I know about romance novels. End of the World House and How To Be a Revolutionary grapple with modern politics—how everything feels a little too big and unfamiliar and doomed—through speculative devices. Irene Solà’s work resists genre and most conventions of form, while Elena Armas’ Twilight-reminiscent romance blazed its own path to publishing.

Read about these seven ambitious novels, all written by women or nonbinary authors, below, and share the titles you’re most excited fort his year in the comments.

Already out and very buzzy, this debut is ambitious: Gonzalez tackles colonization and the US’ relationship with Puerto Rico, Hurricane Maria, gentrification, Latinidad, and finding love all with equal vigor and sincerity. And it doesn’t hurt that the writing is out-of-this-world beautiful. Run, don’t walk!

Willberg’s forthcoming mystery is the second in a series—last year’s Marion Lane and the Midnight Murder was one of my favorite books of 2021. Marion is a spunky protagonist with all manner of spy gadgetry at her disposal and nefarious villains to unmask. It’s difficult to embody the fun and adventurous energy of an Agatha Christie-style mystery, while still delivering a tightly-constructed thriller, and Willberg does just that.

How To Be a Revolutionary by C.A. Davids (February 8, Verso)

At the heart of this novel, Davids is writing about conscience—asking what we owe to ourselves, our communities and our larger worlds, and honestly, about willful ignorance. The book’s interwoven stories—Beth fighting South African apartheid, Zhao’s search for his mother, and fictionalized letters from Langston Hughes—really work together to force the reader to turn inward. It is a sprawling novel, held together by Davids’ impressive prose.

Just in time for Valentine’s Day, Armas brings readers a delightful enemies-to-lovers romance in The Spanish Love Deception. But the novel is already available as an ebook and audiobook—Armas self-published her debut in February 2021, it went viral on TikTok, and the author scored a two-book deal with Atria by September. The power of BookTok, baby!

At the risk of this list being too lighthearted for my blackened soul, I offer this extraordinary novel by Irene Solà, translated from Catalan by Mara Faye Lethem. The protagonist dies while mushroom picking in the first few pages, and Solà manages to keep readers, not just interested, but deeply invested in this scene and moment in time for the rest of the novel. A lot of credit must also go to Lethem’s translation, which is as lyrical and imaginative as the natural world surrounding the book.

Celt takes on a Groundhog Day-esque time loop in her forthcoming novel, following two friends on a trip to Paris as the world teeters on the brink of sociopolitical collapse—casual. Yet, the writing is somehow as funny and charming as it is existentially depressing. That might not be the vibe for everyone right now, but I found it cathartic and thought-provoking!

You Made A Fool of Death with Your Beauty by Akwaeke Emezi (May 24, Atria)

Emezi’s debut Freshwater—the coming-of-age story of a child filled with evil spirits—racked up awards and honors left and right, including being longlisted for the Women’s Prize for Fiction. I was surprised that the author was trying their hand at romance in the forthcoming You Made A Fool of Death with Your Beauty and was, unsurprisingly, blown away by the results. I hate when a writer is described as “elevating” the genre, because that implies a deficiency in traditional romance novels. Instead, I’ll say that Emezi writes the heck out of protagonist Feyi’s journey through widowhood and back into love. The novel holds difficult emotions and descriptions of strangers having sex as equally important, and delivered one of the most memorable novels I’ve ever read.