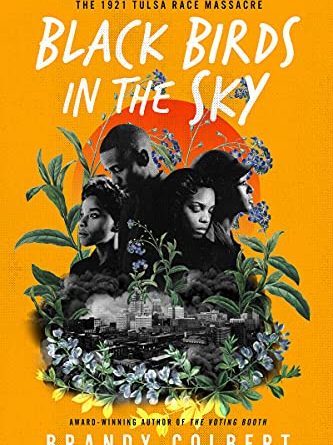 YA authors face canceled events, shadow bans, and other quiet dismissals of their work

As elected officials and well-organized groups of parents demand to control access to books in schools, censorship has bled into new arenas. Authors are fielding requests to omit certain books or topics from their presentations, seeing sales to school libraries dwindle, and finding that invitations have dried up completely.

“WE NEED TO TALK ABOUT SOFT CENSORSHIP. It is real, insidious and dangerous. It happens all the time but bc books are pulled quietly, with no news, no outrage, authors never know they’ve been censored. For marginalized authors who rely on school/library visits, the impact is severe,” We Need Diverse Books co-founder Ellen Oh tweeted.

“Guess how many school events I’ve had since the book banning started in 2021. 0,” tweeted Ashley Hope Pérez, whose 2015 historical-fiction novel  Out of Darkness has been a frequent target. “Never a gap like that before, even in pandemic. And that is absolutely the goal of these groups – remove the books, stop the conversations, intimidate the teachers, limit the students.”

Perhaps the most high-profile of these cases was graphic novelist Jerry Craft, who saw a virtual visit to schools in Katy, Texas, scrapped and his books pulled off the shelves after parents complained that his Newbery-winning New Kid promoted critical race theory.

In fact, it does not. It follows a young Black boy’s experience at an elite private school. After national media coverage, the district rescheduled his visit.

But that’s an outlier. Just as only a handful of bans have led to sales spikes (few books get the boost Maus did), most impacts to author visits happen outside the spotlight.

Organizers of a festival devoted to African American literature in Texas schools invited her to talk about her writing career. Days before the February event, Colbert’s team received a request: Could she skip talking about Black Birds in the Sky?

Her newest title for young readers, subtitled The Story and Legacy of the 1921 Tulsa Race Massacre, Black Birds in the Sky is a nonfiction account of how Tulsa’s white residents attacked and razed Tulsa’s predominantly Black Greenwood District. It won non-fiction honors from the Young Adult Library Services Association division of the American Library Association. But according to the school district, it was “too controversial,” Colbert said in an interview with Book and Film Globe.

Pressed to elaborate, “they would not give a further answer,” she said. “They said, ‘OK, we won’t censor her presentation, but we will not buy Black Birds In the Sky.” The district had originally arranged to purchase books from each of the presenting authors for participating schools.

“My heart just sank at first, because I know that my books have been included in lists of books to potentially ban and censor in Texas,” Colbert said. She’d thought they might target her novels.

“The emotions that really surprised me were shame and embarrassment. So telling the truth and telling this story about what actually happened that has been effectively hidden for so many years–that’s too inappropriate for children?”

Colbert, the author of several novels for young people including the Stonewall-winning Little & Lion and The Voting Booth, decided to pull out rather than accept the district’s refusal to purchase copies of Black Birds in the Sky.

“They were trying to set parameters that I just didn’t feel comfortable participating with,” she said. “It’s the old slippery slope. If I start acquiescing to these rules – “Well, we won’t censor your presentation, but we won’t buy your books.’ It’s a tough thing to weigh. … But at the end of the day, I don’t want to sell books based on the policing of Blackness.”

Authors rely not just on school visits and events, of course, but also overall book sales, particularly to school libraries and book fairs. When schools eschew purchasing certain titles, it has a chilling impact. Author Phil Bildner wrote in a 2020 blog post about a school canceling his planned appearance because his most recent book, A High Five for Glenn Burke, featured a young boy who was gay. And back in 2016, the Round Rock school district in suburban Austin, Texas, abruptly canceled his planned visits to eight schools after he recommended Alex Gino’s Melissa, which focuses on a transgender girl.

A look through Round Rock ISD’s online library catalog reveals a distinct drop in the number of Bildner’s books after that 2016 incident. The district holds 33 copies of A Whole New Ballgame’ (2015) and 25 copies of Marvelous Cornelius (2015). But there are only eight copies of Martina & Chrissie (2017) and nine copies of A High Five for Glenn Burke, a Junior Library Guild selection.

School districts stymied Kari Lavelle as she was just starting her career. She’d arranged to visit with students in San Antonio public schools to talk about We Move the World, which showcases “dreamers and doers” like astronaut Neil Armstrong and dancer Misty Copeland. It would have been her first paid in-person school visit, a full day of presentations. Then she got a call from one of the parent volunteers.

“We were figuring out the details of the day when she let me know that we had to cancel because staff from the district said that my content was too political,” Lavelle said. While the district didn’t offer specifics, Lavelle thinks her picture book’s references to Colin Kaepernick and Pride parades tipped the scales.

“It’s really strange to have a whole district of kids that I can’t speak to,” Lavelle said, adding that school staff had a plan in place to address any questions parents might have raised.

“If my book is feeling the ripple effect of what’s going on in politics, then what’s next?”

4 thoughts on “The Insidious Rise of ‘Soft Censorship’”