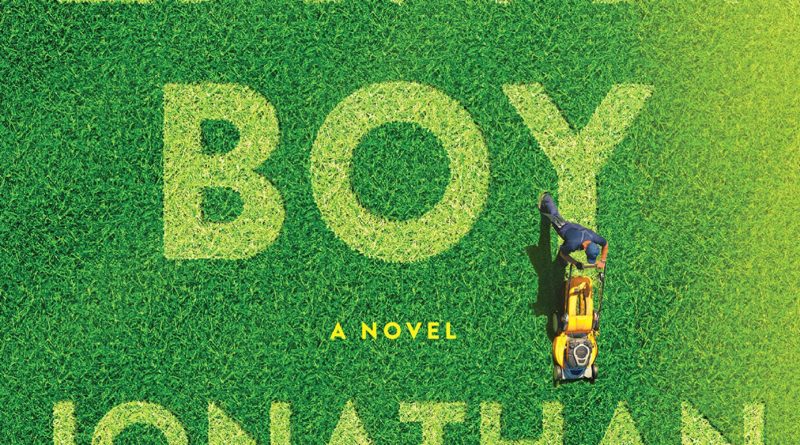 A banner year for book banners

Book banners unfurled their tentacles with a vengeance this past year, triggering an explosion of challenges that resulted in books being removed from student access. Censorship watchers say it’s one of the worst in recent memory.

“What we’ve seen develop over the course of the year is this environment of restriction on information, and access to information, has now become a full-blown crisis of book bans in schools across the country,” National Coalition Against Censorship communications director Nora Pelizzari said in a phone interview with Book and Film Globe.

“We’re seeing an unprecedented volume of challenges,” Deborah Caldwell-Stone, executive director of the American Library Association’s Office for Intellectual Freedom, told Time magazine. “I’ve worked for ALA for 20 years, and I can’t recall a time when we had multiple challenges coming in on a daily basis.”

Early in 2021, conservatives blamed “cancel culture” when the estate of Dr. Seuss said in March that it would no longer publish six of the legendary children’s author’s early books because they contained “hurtful and wrong” content. But as the year continued, cancel culture turned out to be coming for kids’ books that featured Black, brown, Asian and LGBTQ content. By September, book challenges reported to the ALA’s Office for Intellectual Freedom rose a whopping 60 percent from the previous year. And by December, challenges had spread beyond the classroom to public libraries. In Texas, state Rep. Matt Krause sent a list of more than 800 books to school districts throughout the Lone Star State, demanding to know whether the titles existed on shelves. North of Austin, Williamson County commissioners temporarily withheld federal pandemic relief funds from two central Texas school districts, citing “X-rated” books in their libraries with “smut.” Although one commissioner cautioned that the move was “outside of our lane,” the rest of the panel pressed forward, with Commissioner Cynthia Long promising to grant $3.7 million in CARES Act funding to the Leander district as long as it removed all copies of 11 books from all school libraries. The panel eventually voted to grant the funding.

In South Carolina, Gov. Henry McMaster directed the state’s superintendent of education to launch an investigation into what he called “obscene and pornographic” materials on library shelves.

And in North Carolina, where Lt. Gov. Mark Robinson railed about Gender Queer, censorship bled further when public libraries in Wake County removed seven copies of the graphic novel after a patron made the request. In Llano County, Texas, the public library planned to close for three days near Christmas to do a “thorough review” of all children’s books, at the request of the Llano County Commissioners Court, the Texas Tribune reported. The library also planned to create a “young adults plus” section to separate some books from the children’s section. Public libraries in at least three other Texas cities also weathered book challenges, the Tribune reported.

School board members complained, too. In Tennessee, a Chattanooga County board member called on schools to remove books by Angie Thomas, among others, citing a “mind-numbing” amount of profanity, violence and sex. In Florida, a school board member filed a criminal complaint – eventually dropped – claiming that whoever was responsible for putting All Boys Aren’t Blue on shelves should be “held accountable.”  In Spotsylvania, Va., two members of the school board suggested that books be pulled from shelves and then burned. That board voted unanimously to pull books for review, but later reversed its action after a community outcry.

“We’re seeing, at increasing rates, school districts ignoring their own policies and procedures and reacting out of fear,” Pelizzari said.

Challenged books should stay on shelves during the review process, she said, lest a strategic stack of complaints become a de facto ban. A panel of librarians, educators and parents should decide how to proceed after a process that includes reading the entire book. She noted that in at least three cases where parents challenged Gender Queer, the book was reinstated after a full review.

“Ignoring the policy … is a dangerous precedent to set,” Pelizzari said. “It allows a heckler’s veto.”

In November, librarians formed the #FReadom campaign, which each Friday prompts supporters of student access to tweet positive messages about diverse books using the group’s hashtag, along with the Lone Star lawmakers’ alert #txlege. The group has also provided templates for writing to school boards.

The National Coalition Against Censorship gathered more than 600 signatures – from professional organizations to booksellers to authors – in a December statement opposing widespread bans. PEN America rallied authors early in the year for open letters to districts that pulled books, while also issuing statements condemning the bans. And in December, BookRiot launched a matching campaign for donations to EveryLibrary, a nonprofit political action committee for public, school and college libraries.

Harnessing student voices has become a linchpin of fights to preserve access to books. Students in York, Pa., successfully lobbied against a wide-ranging freeze on books and educational resources designed to teach about racism. In Flagler County, Fla., students organized a campaign to purchase copies of All Boys Aren’t Blue to combat the school board’s complaint.

PEN America sponsored a nationwide virtual teach-in Dec. 15, with a lineup that included students from York; Southlake, Texas; and Kansas City, Mo., along with free-speech advocates and authors such as Johnson, Pérez and Neil Gaiman.

Such organized pushback is necessary, Pelizzari said, when efforts to ban keep spreading. While a few books continue to capture headlines, she said, many more are on the chopping block.

“When you look at these lists … the goals here aren’t, ‘Let’s remove a couple of books’,” she said. “We have to be very cautious not to let it slide on one or two books, and then it’s 800.”