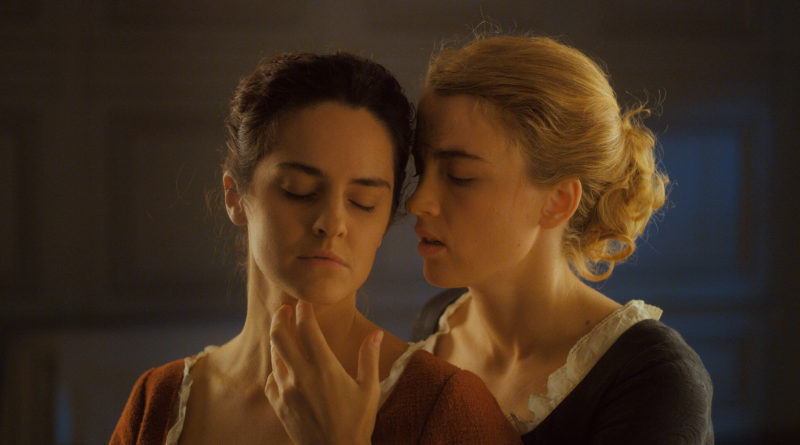 The only French lesbian art film you’ll need to see

I saw the Portrait of a Lady on Fire movie. Why was it so hard for me to see this film? It screened at the Austin Film Festival this fall, but I got there too late and the screening had already sold out. Then I had to wait nearly six months before it started showing in town again. This was particularly strange since it won Best Screenplay at Cannes and vacuumed in a ton of critical praise. And yet even though the movie was totally ready to roll, it didn’t screen sufficiently nationwide to get an Oscar nomination, which it definitely deserved. Basically no one has seen it, while pulpy, trashy pseudo-feminist fare like Birds of Prey opens on 3,000 screens.

Admittedly, Portrait of a Lady on Fire doesn’t have the popular touch. It’s a French lesbian romance movie set in the late 18th Century. There are a lot of scenes of a young woman painting, and a near-parodic number of forbidden je t’aime glances. And there’s a strange bonfire scene where a bunch of peasant hags sing an annoying song.

But the brilliant director Céline Sciamma has still made a remarkably affecting tale of forbidden gay love, with none of the uncomfortable pretensions of Call Me By Your Name. Portrait of a Lady on Fire is also one of the most profound, and accurate, depictions of the artistic process ever put to film. Again, that’s not something that will hustle people to the multiplex. But unlike At Eternity’s Gate, the recent Julian Schnabel Van Gogh biopic that was literally like watching paint dry, this movie earns its long scenes of palette-scraping.

Portrait of a Lady On Fire begins with a young female painter arriving on a cold, stark mysterious island where only women seem to live. A matriarch has hired the painter to do a portrait of her daughter, as a gift to a Milanese nobleman who the daughter doesn’t want to marry, but has to marry nonetheless. Both the painter and the daughter are very sexy French women in corsets. They fall in love and have forbidden sexy sex and become a version of the Orpheus and Eurydice myth. The movie establishes this pretentiously but effectively. The women have remarkable chemistry, but the times in which they live doom their love. We know it and they know it, but they enjoy few days of true passion even though they know it’ll end with bittersweet tragedy.

Though extremely well-done, the love story still seems familiar. But Portrait of a Lady on Fire breaks new ground, believe it or not, in feminist art criticism. Our protagonist is a brilliant painter, but the times in which she lives don’t allow women to be brilliant. She inherits her father’s art school but can’t put her name on the marquee. If she wants to get into an art exhibition, she has to submit under her father’s name. She must  to paint portraits in a stiff style, with no room for individual expression. Society has her in a literal and figurative corset.

In the film’s only real subplot, a servant girl has to get an abortion from a midwife. Our heroines bear witness to this difficult act. And then, in a subtle and interesting twist, the heiress persuades the artist to make a painting of it. That era erased women, and their experiences. But making art (even if it’s art that no one will ever see) about them gives women’s experiences validity and fills out the historical record. We hear a lot of pompous blather about that kind of stuff on Twitter. But Portrait of a Lady on Fire legitimately sticks the landing, quietly and forcefully.

We don’t live in a world where a French lesbian art historical piece that features someone doing a painting of an abortion becomes a box-office smash. We never will. But it’s a quiet, subtly beautiful film, worth seeing if you can find it. This concludes my review of the Portrait of a Lady on Fire movie.