Most movies I like are escapist in one way or another. But if you asked me what’s the movie that captured my life in a moment, exactly when I was living it, what is my Look Back in Anger or my 400 Blows or my Five Easy Pieces, it’s The Bad News Bears. The only other moments I saw on screen that actually captured what it felt like for me growing up were Spielberg’s Richard Dreyfuss and Teri Garr cluttered, chaotic family scenes in Close Encounters of the Third Kind.

The Bad News Bears came out in April of 1976 when I was nine and finishing third grade. I remember seeing it with my best friend Colin. What struck me then and what has never left me about The Bad News Bears is how much disdain and indifference every adult in this movie has for their own kids or the kids they’re coaching. 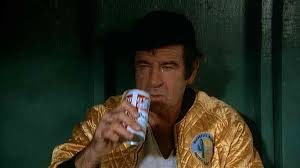 Angry, unhappy, taking jobs teaching or working in stores where they had to treat kids like customers. I remember the woman who made the milkshakes at the Woolworth’s downtown at their soda fountain–Yes, I Used to Get Milkshakes at an Actual Small Town Midwestern Soda Fountain Years Old–and the utter loathing she had for you when your parents weren’t around.

My grade school teachers would complain in class about how they couldn’t stand parent/teacher conferences because the parents questioned how they ran their classes. These teachers felt that the kids they were dealt, apparently every single year, were the only problem. They also complained quite a bit about how much money they made, which is always true of public school teachers, but wasn’t something I was really qualified to help them with in fifth grade.

We had a rabbi who explained to us one day in Hebrew class that he became a rabbi after he flunked out of engineering school. I remember one guy who drove in the Sunday school car pool who would not stop smoking with the windows rolled up no matter how many times I told him I had asthma. And I remember my dad as exhausted-looking as Matthau is in every frame of this film. He worked pretty hard at a job he loved, as a criminal defense attorney and lawyer/negotiator for labor unions. When he was home, he seemed to spend his down time mainly on the couch watching tv or sleeping. These were my role models, and no one ever better represented them on screen than Matthau playing Buttermaker.

He’s there, unhappily, because he needs the money. The Bad News Bears has a subtler political context to it than you’d think. The team Buttermaker coaches are the usual cast-outs, the kids who got cut, because of race or ableism or whatever. A liberal city councilman has forced the league to take on a new team for them because he sort of wants diversity and inclusion. Later, when Tatum O’Neal’s Amanda Whurlitzer joins the team, the 1970s Sesame Street liberal bingo card is pretty much complete.

The rival teams are all fit, athletic, competitive white boys, and at first glance the politics of “The Bad News Bears” seem pretty obvious. But after the Bears get buried and humiliated 26-0 in their first game, the city councilman wants Buttermaker to disband the team even if the boys don’t want to quit. Their failure makes him look bad. And then he won’t even tell the kids himself, so he writes Buttermaker a check to end it all under his framed photos of MLK, RFK, and JFK. He’s a liberal phony, and mainly sued the league on diversity issues to get his talentless but otherwise privileged son a spot on a team, and to score political points.

I feel like I knew every one of the kids on the Bears. The racist kid, the fat kid, the nerd, the sick kid, the kids pressured to win all the time. Then Jackie Earle Haley’s Kelly Leak shows up as their main bat. Kids like Kelly Leak were always more scary to me than cool. Twelve years old, smoking, drinking beer, vandalizing a ballpark by ripping up the field on his dirt bike–I knew kids like this. One or two I recall carried knives. They weren’t looking for a fight or threatening anyone with their knives, but they seemed to come from a place where fights happened a lot.

And Tanner Boyle, the openly racist kid who gets in fights with everyone, has a white trash self-loathing to him because he couldn’t make a good (white) team. He’s angry that he can’t really say he’s better than any of his teammates. Tanner Boyle: “Jews, spics, niggers, and now a girl?” Amanda: “Grab a bat, punk.” Boyle gets pushback for it, and the threat that he’s going to get his ass kicked if he doesn’t shut up. Maybe he actually does in one scene, I can’t remember. Eventually, he starts treating everyone around him like teammates. There’s no big lecture scene, no come-to-Jesus moment, just a realization for him of who his real enemy is and why he’s on that team.

The Bad News Bears acts like a kind of throwback to the original 1930s Dead End Kids movies, before they became pure comedies. The original ones just seemed to accept misbegotten, imperfect kids as a fact of life. A few years later, maybe when Spencer Tracy and Mickey Rooney made Boys Town, misbehaving kids in movies had to be saved. Nobody is really out to save the Bears from their horrible selves.  And there’s no tenement situation to blame it on, no great social cause to cure it. These are middle-class kids in the 1970s. No one cares.

It spends most of its time, like most sports movies, showing the ragtag team coming together piece by piece. Buttermaker: “Come on, fellas. Rome wasn’t built in a day.” Ogilvie: “No, it took several hundred years.” Buttermaker recruits Whurlitzer and Leak for the team. As Buttermaker gets more competitive, he moves from indifferent drunk to a mean coach mirroring the heel coaches on the other teams. Buttermaker wants to win for once in his life. Amanda is the daughter of Buttermaker’s ex-girlfriend. You wonder if there was not more there, like maybe she’s his actual daughter. She’s the only kid he cares about. The scene where they fight and Buttermaker throws a beer at her in the dugout is still one of the most shocking scenes I’ve ever seen in a movie.

Amanda (I think) is the only player with a life we see outside the team, too. We see her at ballet class, at her job selling maps to movie star homes on the side of the road in Beverly Hills, and then there’s her backstory with Buttermaker. She’s there for some extra money, she’s a tomboy but also equally at home being girly. Usually kids movies cast a tween girl as one or the other. But you get the feeling playing for Buttermaker is about her wanting a parent in her life, too. I mean, who the hell leaves their 12-yr-old daughter alone on the side of the road to sell movie-star maps?

By the time we get to the big championship game (the one in every sports movie), Buttermaker’s managing is heavily dependent on two star players, Leak and Whurlitzer. The kids who joined the team because they had been marginalized get marginalized again. Will Buttermaker really become an alpha bro coach like Vic Morrow, the guy we’ve despised for the whole movie? In the end, he redeems himself by putting in kids who don’t have a hope of winning. And on the opposition team, Brandon Cruz (the kid from The Courtship of Eddie’s Father and a singer for The Dead Kennedys and Flipper) stands up to Vic Morrow and refuses to throw a ball to tag one of the Bears out at home plate. His dad’s temper tantrum and his mom’s embracing him is still an amazing moment for me.

Yes, there’s some redemption to these slouching, broken adults. Everyone remembers the ending, where the Bears lose and Tanner tells the Yankees to shove their trophy up their ass. Is this the first sports movie where the movie’s stars lose? Rocky came out eight months later in December 1976 and Slap Shot in 1977. It feels like the perfect ending.

For me, it’s the best sports movie ever made, but also the best movie about the 1970s ever made.

One thought on “‘The Bad News Bears’ Was My Childhood”