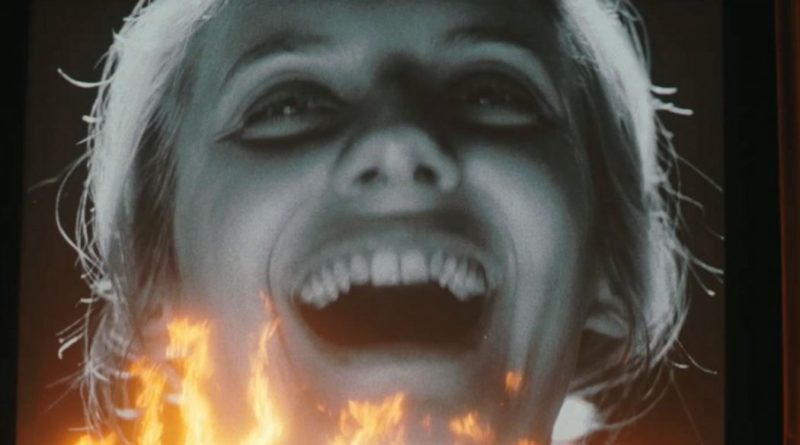 Don’t Mess With Us

By snubbing Adam Sandler and Uncut Gems, the Academy missed its chance to recognize one of the best Tough Jew movies in years. On average, Hollywood portrays Jews as nebbishy, neurotic, sex-and-money obsessed soft intellectuals. Sandler’s Beastie Boy-like character, Howard Ratner, is certainly nebbishy, certainly neurotic, and certainly obsessed with money. As for sex, he gets it on with the most voluptuous paramour since “The Monkey” in Portnoy’s Complaint. But intellectual, he’s not. Ratner is dumb as gefilte fish, and mixed up with all kinds of vile underworld scum.

Someone argued with me that Uncut Gems can’t be a Tough Jew movie because Ratner spends most of the movie getting his ass kicked, instead of kicking ass. Then again, he takes a lickin’ and that fake Rolex keeps on tickin’. Until it doesn’t. But regardless, his head is hard as a diamond. Uncut Gems is a ludicrous neo-noir, a diamond-district Naked City, and Ratner its doomed protagonist. He never cracks a book or does the Sunday Times crossword. He joins a long and glorious cinematic Tough Jew tradition. Here’s a list of my favorite Tough Jew movies, in the order in which I thought of them.

The ultimate Tough Jew movie, and one of the ultimate movies of all time, Inglorious Basterds features a character called “The Bear Jew,” in a terrible performance from Eli Roth, beating in a Nazi’s head with a baseball bat. Let’s not forget that Shoshanna lights her movie theater on fire, literally killing Hitler. And then in in the end, Brad Pitt and BJ Novak carve a swastika into Colonel Landa’s head. You all have been warned.

Jews are not passive victims. Some of them fought back in World War II. Defiance is the ultimate Jews-versus-Nazis war movie. It’s more literal, not the crazy postmodern cartoon of Inglorious Basterds, but there’s plenty of satisfying Tough Jew action, including this exciting scene where Daniel Craig and Liev Schrieber mow down a Nazi platoon and blow up a tank. Minus points for the lousy grenade throw from the guy with glasses.

You think Jews aren’t tough? They could sit on a sweltering ship for weeks until the British let them out of a Greek port to sail to Palestine. And then once they got to Israel, they had to face countless enemies, foreign and domestic. Exodus is way too long, and features some hilarious clunker performances from the supporting cast, but at its core are Paul Newman and Sal Mineo portraying some of the toughest Jews ever put to film. Newman leads a particularly exciting prison-break scene about two hours into the film. I couldn’t find a clip of it online, but enjoy the stirring music of Ernest Gold to which it was set and imagine Tough Jews breaking out of prison.

In the wake of the monstrous 1972 assassination of 11 Israel Olympic athletes by a terror group called Black September, the Mossad puts together an elite squad of Tough Jews to hunt down and kill those responsible. This happened in relatively recent history, in my lifetime. Steven Spielberg’s Oscar-nominated film is straightforward and gripping, and Eric Bana is tough as a pipe bomb.

You Don’t Mess With The Zohan

Adam Sandler has done Tough Jew before. It’s right there in the title. The Zohan is an Israel superspy in disguise in the outer boroughs as a hairdresser. The movie is actually a sweet parable about Israeli-Palestianian peace and cooperation, but there’s plenty of bloodless action. In this Looney Tunes fight scene, the Zohan kicks some ass and chases down John Turturro, “The Phantom.”

When The Irishman came out, my feed flooded with lists of “Scorsese ranked.’ Casino was near the bottom of most of them. To which I said, “Are you people fucking nuts? Casino is great.” Epic scope, mob action, tons of gambling, peak Sharon Stone snorting coke, and this incredible scene, where Joe Pesci and Robert DeNiro, playing one of the Toughest Jews in cinema history, have it out in the Nevada desert.

Yeah, we all love the “Famous Jewish Sports Legends” pamphlet joke from Airplane!, though Alex Bregman and Joc Pederson would like to have a word with the Zucker Brothers. But the same era as Airplane! brought us the surprise Oscar winner Chariots Of Fire, which, along with its immortal Vangelis soundtrack, featured the story of Harold Abrahams, the British Jew who overcame anti-Semitism to win the Olympic 100 meters race, placing him on the mount of athletic immortals. Here he is, tucking the Star Of David inside his jersey and running very fast.

No one is going to say this is a good film, but I just love the cast for this 1976 ABC Movie Of The Week about the daring rescue of more than 100 Israeli hostages from a Ugandan airport. Kirk Douglas! Burt Lancaster! Elizabeth Taylor! Anthony Hopkins! Richard Dreyfuss! Helen Hayes! That is insane. And the movie looks like a series of outtakes from Airplane!

There have been several attempts to make a decent movie out of the Entebbe hostage crisis. 1977 brought Raid On Entebbe. And also Operation Thunderbolt. And then in 2018 we had our generation’s Entebbe movie, 7 Days At Entebbe, starring the not-particularly-appealing combination of Daniel Brühl and Rosamund Pike. All the movies were bad, but none as bad as this one.

As my wife pointed out, all these Tough Jew movies are about Jewish men being tough. What about Tough Jew women? Well, of course, there have been many. But what could be tougher than a young woman dreaming of being a rabbi, being excluded because of her gender, and then sneaking into yeshiva anyway. Yentl is a Tough Jew! Why have a mind if not to question why?

Those were some Tough Jews.