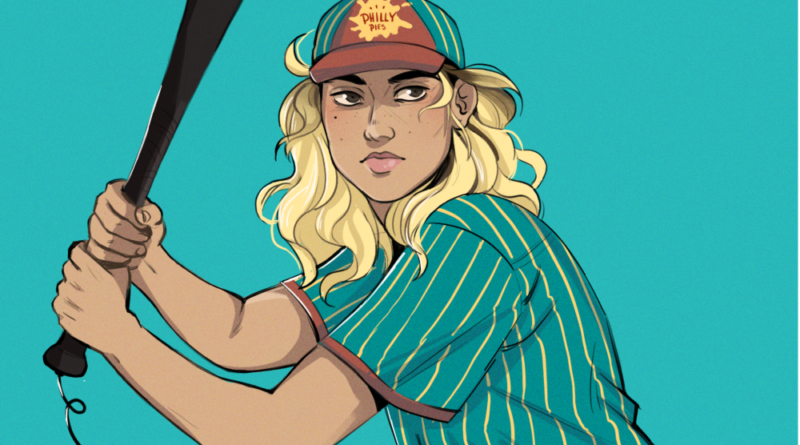 The weirdest fantasy baseball sim ever is part-satire, part social-media experiment, all fun

My favorite thing about Blaseball, a free web-based game that debuted in July: I don’t know exactly what it is. Blaseball functions as a make-believe fantasy baseball simulator, playing out an entire season of a fictional league in the course of a week. That’s just the starting pitch, though. Blaseball also plays out as collaborative creative writing and digital art compendium, an experiment in real-time social-media play, and a very funny lore-building project where umpires smite pitchers and mysterious Gods grant players stat-enhancing powers. Peanuts and weekly elections figure into this game world, too. Peanuts that can be purchased with virtual coins affect player stats and individual games because of peanut rain, peanut allergies, and “Yummy” player-enhancement effects. Elections can permanently change the rules of the league.

A partially redacted Book of Blaseball that supposedly holds the league’s rules contains allusions to the end of the world. That part may not matter; it’s too early in the game’s evolution, and in the apocalypse, to tell.

Created by the makers of the gorgeous fantasy iPad game Where Cards Fall, Los Angeles-based The Game Band, Blaseball is a side project and complete departure. Players use an almost entirely text-based website to play and support teams with goofy names (“Mexico City Wild Wings,” “Canada Moist Talkers,” “San Francisco Lovers”) and Blaseballers who are not even all human. One of them, Gunthar O’Brian, is a penguin with a shoe on its head. Another, Miguel Wheeler, is a tire with rats inside and bat tied to it. He’s a very good pitcher and the “CHELIN” part of “MICHELIN” on his surface has been scratched out in order to spell “MIGUEL.”’

One of the league’s most popular players, Jessica Telephone, came fully formed out of a payphone and, “she exists as synchronous quantum waveform in the 80s decade of every century of human history–and possibly beyond,” according to her biography.

That every player and every team has its own Twitter account, Wiki page, surprisingly excellent fan art and distinct personality is a bit of a miracle for such a new, low-budget, side-project game. Fans have helped fill in a lot of the league’s lore, contributed to the studio’s coffers with Patreon support, and encouraged Blaseball to grow with a continuous flow of “The Commissioner is doing a great job!” Tweets (a running gag on the social-media side of the game). The Commissioner is also the Blaseball Prime Minister, purely because of someone’s joke of a Twitter reply.

The actual gameplay relies primarily on mechanics like betting on upcoming games to earn coins and buying upgrades such as a “Passive Income Potion” that rewards you every time your home team wins. The real game, the interesting one that has people in the gaming world obsessed, is the one happening between the developers of the game, and its endlessly creative online community. Blaseball, currently deep into its sixth season, will live and die by whether this ongoing silly fiction, which includes demons, “Reverb” weather, and fictional on-field player deaths, remains fun and engaging. There’s a danger that, with so many social-media rabbit holes and a bewildering set of Discord group chats, that Blaseball could be a victim of its own success, with a storyline and a set of rules that becomes impenetrable and frustrating for new players.

I’m hopeful that one move from the studio points to a bright Blaseball future: just as the game was starting to attract a large amount of media coverage and new players (myself included), The Game Band put the game on hiatus for two weeks to kill some bugs and take a small siesta to plot out what to do about the game’s exponential, unexpected growth.

That’s usually a good sign in the gaming world. When game developers take the time to refine a product instead of rushing toward monetization, it can mean great things for a beloved indie game. Blaseball deserves a great, long life that will last at least until the world ends.