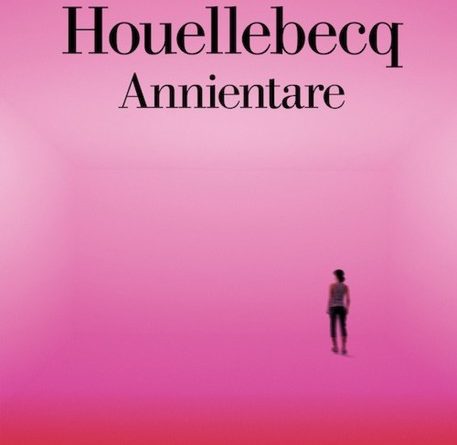 For all its ostensible devotion to the richness and variety of world literature, the Nobel committee does not show much concern for real diversity of viewpoint. Of course it is important to recognize the contributions of women and non-western authors, such as this year’s winner, French feminist writer Annie Ernaux, and last year’s, Abdulrazak Gurnah, a Zanzibar-born Tanzanian who has penned powerful novels about life in East Africa at that flashpoint where natives ran into colonists. But the committee pursues its narrow criteria most years and has yet to recognize a French author of greater stature than Ernaux, namely Michel Houellebecq. In the run-up to last month’s announcement, people made predictions favoring Houellebecq and pointed out that he is the most widely read living author that his country has produced. It is worth asking why he has not won and may never win.

Starting with 1994’s Extension du Domaine de la Lutte (nonsensically translated as Whatever) and continuing through 1998’s Les Particules Élémentaires (The Elementary Particles), 2001’s Platforme, 2010’s La Carte et le Territoire (The Map and the Territory), 2015’s Soumission (Submission), and 2019’s Sérotonine, all the way through last year’s Anéantir (Annihilate), Houellebecq has explored what it means to be a French male in an age of breathtaking demographic and cultural change and rampant identity politics, whose fiats are often enforced through the apparatus of the state, even—in the case of Soumission—at the hands of a hypothetical Muslim presidency. Houellebecq’s novels are acidly witty, ironic, visionary, and informed by vast reading and a willingness to go creatively and intellectually where other authors would never dare to tread. Given the Nobel committee’s criteria, as reflected in many recent picks, it is not surprising that Houellebecq did not win, and it may be a cold day in hell before he does.

In the world of Houellebecq, white males are not the bad guys, but the victims of a social, economic, and political dispensation that tells them they are and expects them to cede any pride in the history, literature, and culture that once made the French fiercely nationalistic. Houellebecq’s France is one where mail-order catalogs and online shopping replace in-person interactions and end the need or even the desire to travel from one town to another, and develop one’s sense of the nation, unless there is an economic reason to do so.

An example of this occurs in Extension, where the protagonist goes to Rouen to market his firm’s software to executives of another company. After falling ill unexpectedly and getting tied up in a local hospital, he lets slip that he doesn’t know anyone in the area and it is not a place he would think to visit if business did not take him there. That part of France’s history involving Jeanne d’Arc, and the church in Rouen that honors her as a savior of France, are about as relevant to the narrator as an earthquake in China in the eighth century.

Houellebecq’s characters dwell in an antiseptic, politically correct world where there are no ties of blood and soil, only economic forces that encourage and abet rapid demographic and cultural transformation. He expands on these themes in Les Particules Élémentaires, whose protagonists, Bruno and Michel, are, to use the mot du jour, incels living lives of desperation and loneliness, though Michel’s efforts as a biologist sometimes place him in contact with distinguished scientists.

The spirit of the time in which they live comes across in random experiences, as when Michel picks a catalog of the e-commerce company 3 Suisses and finds the message “Demain Sera Féminin,” which can be loosely translated as that familiar slogan The future is female. What use does such a future have for guys like Bruno and Michel? That the producer of the catalog is a mail-order firm underlines the deracination of the polity that the two men have known and the eradication of locally owned businesses and institutions with that idiosyncratic French character that people used to love and honor.

But for the guardians of correct opinion, the book where Houellebecq commits his most unforgivable sins is probably Soumission, which envisions a France of the near future where a Muslim president, Mohammed Ben Abbes, trounces his socialist and nationalist foes in an election, takes office, and brutally accelerates the remaking of the nation and its institutions. It is hard to think of a novel in any language that goes to greater lengths to illustrate how complex a place the world is and how little it conforms to the storybook narrative of progressives, where women and “people of color” strive against white male oppressors and, to paraphrase Barack Obama, you are either on the right or the wrong side of history. The motto found in the 3 Suisses catalog in Les Particules Élémentaires, and indeed western feminism more generally, is at odds with the social and political order that Ben Abbes and his appointees advance in Soumission. This is what progressives can’t or won’t get their head around: for all the rhetoric about Western civilization being patriarchal and oppressive, it is the rights and liberties granted to women that set it most directly in opposition to non-western cultures and traditions. In scene after scene, Houellebecq illustrates this truth.

One of the arguments Ben Abbes makes as a candidate is that it is well past time to tear down the wall between church and state and add a spiritual component to public education, allowing people of all faiths to worship and receive religious instruction. Nationalist candidate Marine Le Pen, whom the narrator describes as having departed from an Angela Merkel-style sexless appearance and adopted a “flamboyant” look in her competition with the Muslim candidate, makes a plea for secular education, but her campaign is doomed and Ben Abbes soon takes office and begins remaking France into a place where feminists will feel unwelcome. One of the first things the narrator notices is a stern dress code mandating the replacement of skirts and mini-skirts with pants and expansive blouses that hide, minimize, and de-sexualize the female form as much as possible.

If Annie Ernaux does not like a social order that she deems to have suppressed female artistic creativity and appreciation of the male form, it is worth asking what she would make of the Islamic France that Houellebecq depicts, where customs and conventions force women to hide and repress their own sexuality. Feminists who decry the patriarchal West might wish to give some thought to what would become of their own rights and freedoms if they someday got their wish and broke free of their bonds, and found an opportunity to live according to the customs and mores of a nonwestern culture. Men in the France of Ben Abbes, including an academic who was a colleague of the narrator until the latter’s cancellation by the university, cease to respect quaint western marital customs and begin to take as many wives as they please and to treat those additional, or excess, spouses as their property.

When the new Islamic order forces women out of the workforce, the Left doesn’t complain too much because this development opens up jobs for all the dysfunctional men and brings the unemployment rate—defined here as the number of men lacking jobs—down to a tiny sliver of the population. Men and women quickly fall into roles that were familiar in a world before feminism ever reared its head. When the narrator takes a high-speed train from Poitiers to Paris, he watches as a well-dressed Arab businessman busies himself over a spreadsheet on his laptop and takes an important call on his cell phone while the two young women on the opposite seat engage in juvenile banter, prompting the narrator to reflect on how the Islamic regime locks women into a cycle where they are essentially children until they become mothers with children of their own, who in turn become mothers, and so on.

Houellebecq’s narrator does not stridently oppose the transformation of France—in the devastating final line of the book, he welcomes it—but his commentary is not without a certain metafictional irony, as when he lets slip in the course of describing an academic reception that one of the other guests is the author of a reference work on The Song of Roland. The narrator tells us that, for him, medieval literature is largely an unknown country.

For those of us who are familiar with The Song of Roland, the message is clear. He is so out of touch with his national heritage that he has no sense of this chronicle pitting Christians against Saracen invaders. In this regard, The Song of Roland adumbrates the oeuvres of French writers such as Guy de Maupassant (1850-1893), whose 1876 novella Sur L’Eau opens with a description of the ruins of an ancient fort on the coast that guarded France and protected her from Saracens and other marauders, and closes with a description of Monaco, a resort where debased Europeans go to gamble and drink and screw. The contrast could not be starker or the message more resonant.

If it was already true back in the age of Maupassant that Europe had grown decadent and flabby and lost the will to assert its cultural identity in the face of transformative influences, then Houellebecq’s dystopian take on things almost begins to look modest in comparison.

Reading Soumission, it is hard not to circle back to the passage in Les Particules Élémentaires where a biologist colleague of Michel’s affirms the wisdom of Niels Bohr, who put forward a model for the structure of the atom positing a finite and immutable set of possible values. These are what Houellebecq calls the “immovable and rigid” chemical components of the universe, to which the France he depicts, with its discrete and mutually exclusionary cultures, is an analogue.

Small wonder that one of Houellebecq’s early works is a study of the weird writer H.P. Lovecraft, who obsessively set forth in his tales a vision of the cosmos in which races of beings forced out of their home dream of return and reconquest in perpetual cycles of displacement and revanche. But Houellebecq reminds readers that Lovecraft was far from the unreformed bigot that contemporary critics have tarred him as, and that this supposed racist and anti-Semite married a Jewish woman, Sonia Greene. In one of the tenderest passages in the book, Houellebecq describes how Lovecraft told Sonia when they embraced that no one had hugged him in this manner since he was a child. But the critics aren’t listening, and today, Houellebecq rivals Lovecraft in the disrepute he has earned from the cognoscenti.

Niels Bohr won the Nobel Prize for Physics in 1922. A hundred years later, it seems unlikely that a novelist, even one as gifted as Michel Houellebecq, will receive recognition from the Swedish Academy for telling the world plainly and unapologetically what it does not want to hear.