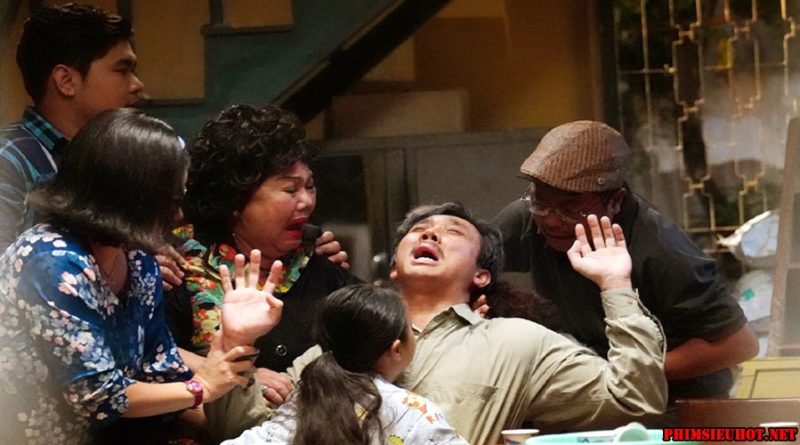 Why are all these happening?

The title of ‘Bo Gia’, the #1 all-time box-office hit in Vietnam, translates into English as “Dad, I’m sorry.” Well, I certainly am sorry I saw Bo Gia. And also not sorry. This movie is so hilariously bad, on so many levels, that watching it unfold in a multiplex was almost an art form of its own. Its subject matter, and concerns, veer somewhere close to the Oscar-winning South Korean movie ‘Parasite.‘ But the execution is closer to Tommy Wiseau’s ‘The Room.’

I found out about Bo Gia through a daily current-events trivia newsletter that I receive every day, because I am a baller. In addition to dominating the Vietnamese box office, Bo Gia has also made more than a million dollars in the United States, which is kind of remarkable given that movies are still staggering out of the pandemic. There are a lot of Vietnamese immigrants living in the USA, though maybe not so many in Austin. Two other people sat in the auditorium when I saw the movie at 3 PM on a Wednesday. A larger audience may have helped me understand why this movie is so popular.

Bo Gia sprang from the mind of Tran Thanh, a handsome 34-year-old Vietnamese comedian best known for appearing on Saigon-based panel shows like the Vietnamese version of ‘Whose Line Is It Anyway’. Thanh, sporting a silly salt-and-pepper mustache, plays Sang, a long-suffering middle-aged man who lives in a Saigon back alley and delivers rice on a motor scooter. He’s a single father to an ungrateful YouTuber named “Woan,” whose channel blows up, making him rich. There’s also a cute and chubby six-year-old girl named Ba Tot, who Sang apparently found at a pagoda one day.

Sang narrates the movie. He presents his family as “dirt poor,” even though most of them have decent jobs and appear to own property. But they are clearly not Crazy Rich, either. Bo Gia introduces them in a wacky montage that opens with a child, who we rarely see again, running down the street with his ass crack hanging out of his shorts. These characters are supposed to be incredibly hilarious, though most of them don’t do anything much funnier than moaning “DO YOU LOVE ME?” at the top of their lungs. In the first 30 seconds, we see a man slap a woman across the face hard. It’s not even close to the only time a man slaps a woman in this movie. Bo Gia clearly means this to be funny. Some cultural differences might be at play.

For the first 30 or 40 minutes, Bo Gia has the potential to be a light comedy about the different ways generations approach making a living. Woan obsesses over his YouTube channel and makes TV ads for hair products, while Sang scoots around his rice and repairs appliances on the side. But then, out of nowhere, questions arise about Bo Tot’s parentage. A local seamstress falls in love with Sang, who suddenly needs a kidney transplant. Sang’s good-for-nothing brother gets into violent trouble with the mob. There is blackmail and weeping. Everyone rends their garments, pounds their fists, and sobs. Occasionally, in a goofy scene, someone goes to the toilet.

Thanh originally conceived of Bo Gia as a web series, and it shows. The movie plays out like a ludicrous telenovela, corny, melodramatic, and preachy, among the scenes of broad comedy that don’t exactly translate. We must blow special raspberries to the soundtrack, which mixes terrible Vietnamese pop songs with endless “WAH-WAH” drops to accentuate the funny bits and weepy piano music to accentuate the tragic ones. The rush to hurry Bo Gia to the American screen means that they translated the subtitles poorly. I’ve never seen a foreign film with so many transcription errors, adding to the “you’re tearing me APART, Lisa” vibe of the whole thing.

The climactic scene, which isn’t actually climactic because there’s still a half-hour to go after it plays, involves an extremely overwrought family argument with most of the characters, during which Woan breaks a lot of furniture. A blubbering, obnoxious auntie raises her fists to the sky and moans, “Why is all these happening to our family?”

Good question. Clearly, these are relatable types of people in Vietnamese culture. But the difference between Vietnam and the West isn’t so vast that we can’t recognize broad, silly stereotypes when we see them. The only truly funny moment comes when a monk complains that Sang, who borrowed his phone, used all his data while watching YouTube.

The movie ends with a staggering, absurd, and unearned twist. Generational conflict has formed the foundation of human drama since the days of ‘Oedipus the King’. But there are realistic ways to do it, and cartoonish ones. Bo Gia feels like ‘Death of A Salesman’ run through Google Translate about 55 times. Considering that the film prominently features a scene where the main character wipes his ass in a bathroom stall while his cousin peeks in trying to sell him a luxury apartment, a final message of “love your parents, despite their flaws, because they’ll be dead soon” feels more than a little jarring, hacky, and manipulative.

Why are all these happening to me? I still have no idea.