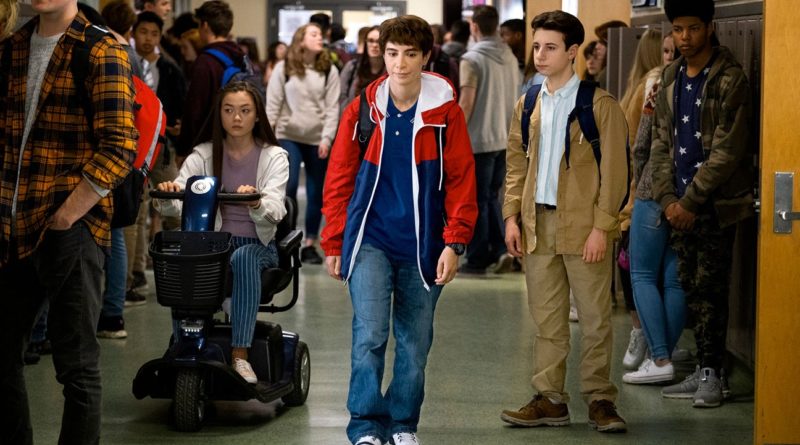 TV’s first Iranian-American sitcom, a disgrace to Iranians, and to Americans

The first thought that ran through my head when I saw the trailer for TBS’ new sitcom ‘Chad’ was, “What the hell is this and why does this kid look so weird?” The second thought, which came quickly after was, “Wait, is this supposed to be an Iranian kid?” To my horror, the kid is Iranian. Now I would have to speak up for all Iranian-Americans and make sure anyone who talked to me about this offensive show was set straight that it was not, in any way, representative of Iranians and Iranian-Americans, or as they like to say on the show, “Persians” and “Persian-Americans.”

Audiences know Pedrad from her five-year run as a cast member on Saturday Night Live, as well as starring on New Girl, Scream Queens, Mulaney, and People of Earth. If that wasn’t enough to solidify Pedrad’s notable talents as an actor and gifted comedian, she also appeared in Aladdin, Desperados, Despicable Me, The Lorax, and Cooties. Which is why when Pedrad is in the driver’s seat of her own show, it’s baffling that it is so very terrible.

In interviews Pedrad has given about Chad, she acknowledges the oddness of her choice to play a teen boy and talks about how everyone tried to dissuade her. She persisted anyway, and as a result, we have a child who looks older than his mother. Chad is so distracting looking—and unlikeable and unconvincing—it’s difficult to focus on the rest of the show. And even though ‘Chad’ positions itself as a cringe comedy, it goes way, way over the cringe line into straight anger at just how bad it is.

None of this addresses the fact that ‘Chad’ is the first sitcom to feature Iranian-Americans as its central characters. For an ethnic group that has a significant population in the United States, and has provided a steady stream of immigrants for the last 80 years, representation—certainly positive representation (will we ever live down the Shahs of Sunset?)—on television is long overdue.

Even so, ‘Chad’ does not deliver the Iranian-American goods. This sitcom-by-numbers has only a hint of very occasional references to the ethnicity of its main character and his family. Chad himself could be any generic social misfit, with predictable problems ,who is bad at sports and wants to be part of the cool crowd at school. What Pedrad is really doing is borrowing heavily from Freaks and Geeks and interpreting it extremely badly.

Chad’s family is interchangeable with any other sitcom family: single mom, cool younger sister, dorky but loving uncle. All of whom are far removed from any of the steadfast Iranian cultural touchpoints and traditions. Pedrad told EW, “I wanted to make something that felt really true to my experience growing up in America as a child of immigrants.” There is no evidence of this on ‘Chad’. Iranians have definitely assimilated over the years, but Chad is overly Westernized across the two generations of its main characters.

The mom is dating a far-too-hip Black guy with whom she makes out on the couch. Later, Chad walks in on them, mostly unclothed, in bed. And then the whole family jokes about her sex life the next morning at breakfast. That would never happen. The uncle—who does an appalling Iranian accent—is not only a disposable character but supremely unfunny. Why is Chad calling his uncle by his first name? That’s an absolute no-no in Iranian culture, which revolves around respecting elders.

The younger sister has a bit of zing to her, but a non-Iranian actor plays her. Considering there are only four roles for Iranians in this show, they could have at least cast all Iranians. Where are the other Iranians in this sitcom community? How come this family lives in a place where they are the only ones of their kind? This is yet another un-Iranian characteristic of ‘Chad’.

All the characters on ‘Chad’ are devoid of personality, except for Chad, who has a personality, but it is so overwhelming and so irritating, it sucks the life out of everything around it. This brat has a tantrum-y cry, bawling screaming tears, in every episode. Is this supposed to show how Iranian mothers dote on their sons so they remain giant babies? That’s not coming across. This spoilt kid needs a giant slap to straighten him out and stop his incessant whining.

The writing has sporadic moments of wit, but the execution is a mess.’Chad’ misses the mark over and over again. Pedrad shopped the show for five years before she found a sucker to take it on, that should have been the hint to drop this project before it got started.